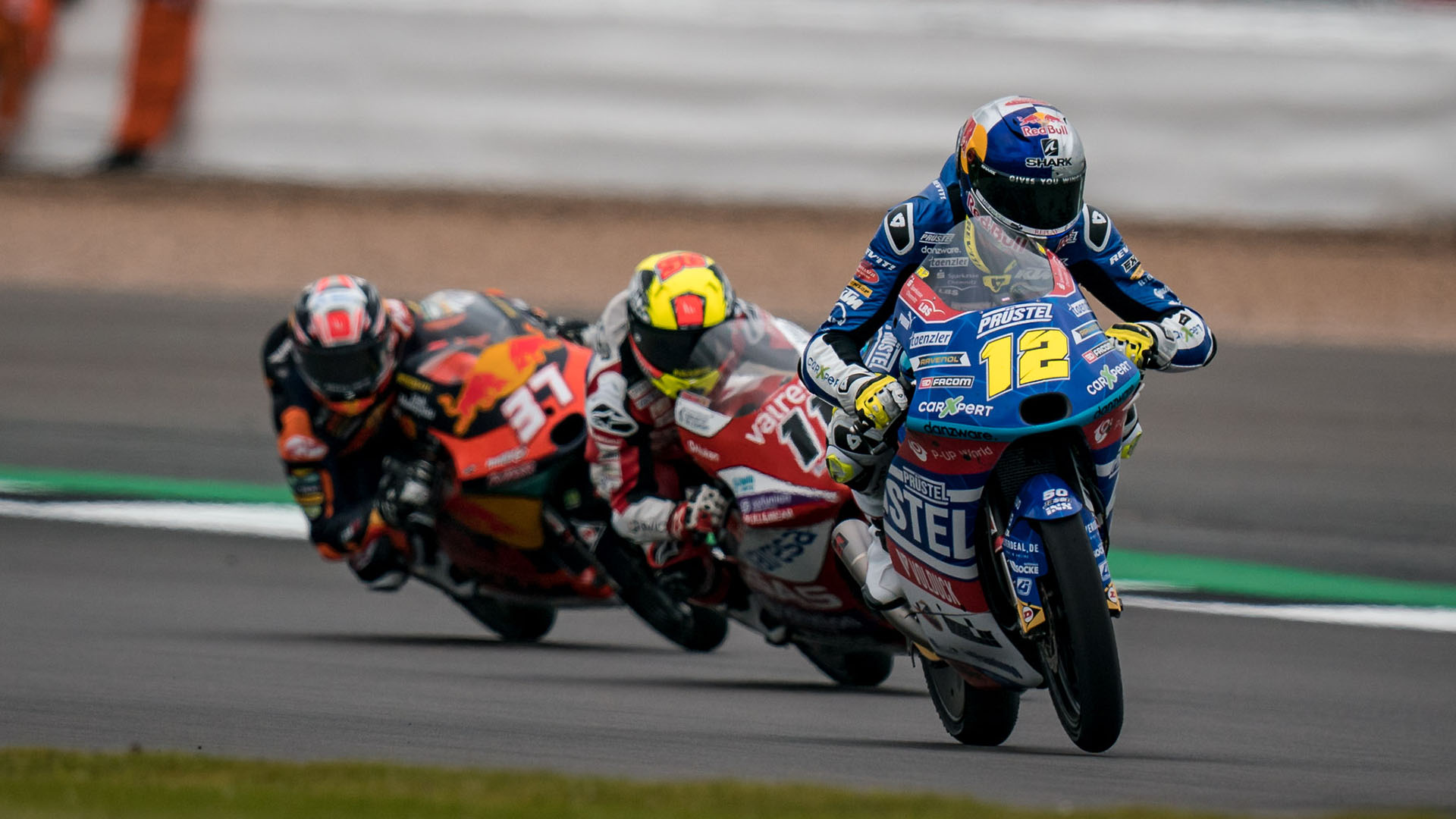 14th and 23rd place for the CarXpert PrüstelGP team at Silverstone

Filip Salac and Ryusei Yamanaka fight their way to 14th and 23rd place after a difficult race weekend.

It was not an easy race weekend for the CarXpert PrüstelGP team. Ryusei Yamanaka, for whom the Silverstone Circuit was completely new territory, was still struggling with a painful shoulder, while Filip Salac first had to regain confidence in the bike due to several crashes on Friday and Saturday.

Ryusei Yamanaka started today’s race from 20th place. Immediately after the start, the Japanese rider struggled with grip issues on his rear tire, which is why he lost two places at the start of the race. However, after just under three laps he found his rhythm again and was able to make up a few places. Until shortly before the end, Yamanaka was in 21st place, but lost two more places on the last lap and finished the race in 23rd place.

For Filip Salac the race was a relief after a difficult weekend, which was marked by crashes for him on Friday and Saturday.  Salac started the BritishGP from 6th place, but struggled to maintain a high pace during the first few laps. However, the Czech improved in the second half of the race and was able to build more consistency – he finished the race in 14th position.

For the entire team, the race weekend in Silverstone was an up and down experience – but the technicians, mechanics and riders are taking the experience back to Spain and are ready to attack again in two weeks’ time at Motorland Aragon.

“The race day today was a challenge for me. I was very hesitant at the start because I didn’t want to crash again. The warm-up gave me some confidence, and then in the race I was able to regain more trust in the bike lap by lap. Towards the end I was much more confident again and had some good battles against some of the fast guys. With this result we didn’t reach our goal, of course – but we did a good job during these days. Thanks to the team for the great support. I’m looking forward to continuing the work in Aragon.”

“Looking back on the weekend, I’m a bit ambivalent. I would have liked to do better, of course – but I’m still satisfied with my performance considering my injury. I was able to keep up a good level throughout the race, even though I had problems with the grip at the beginning. Either way, the most important thing for me personally was to be able to race here at Silverstone at all, just to get to know the track. Now I’m focusing on the race in two weeks’ time: I’ll be training a lot to get my shoulder cured as best as possible for Aragon. Thanks to the whole team for the support and the strong teamwork!”