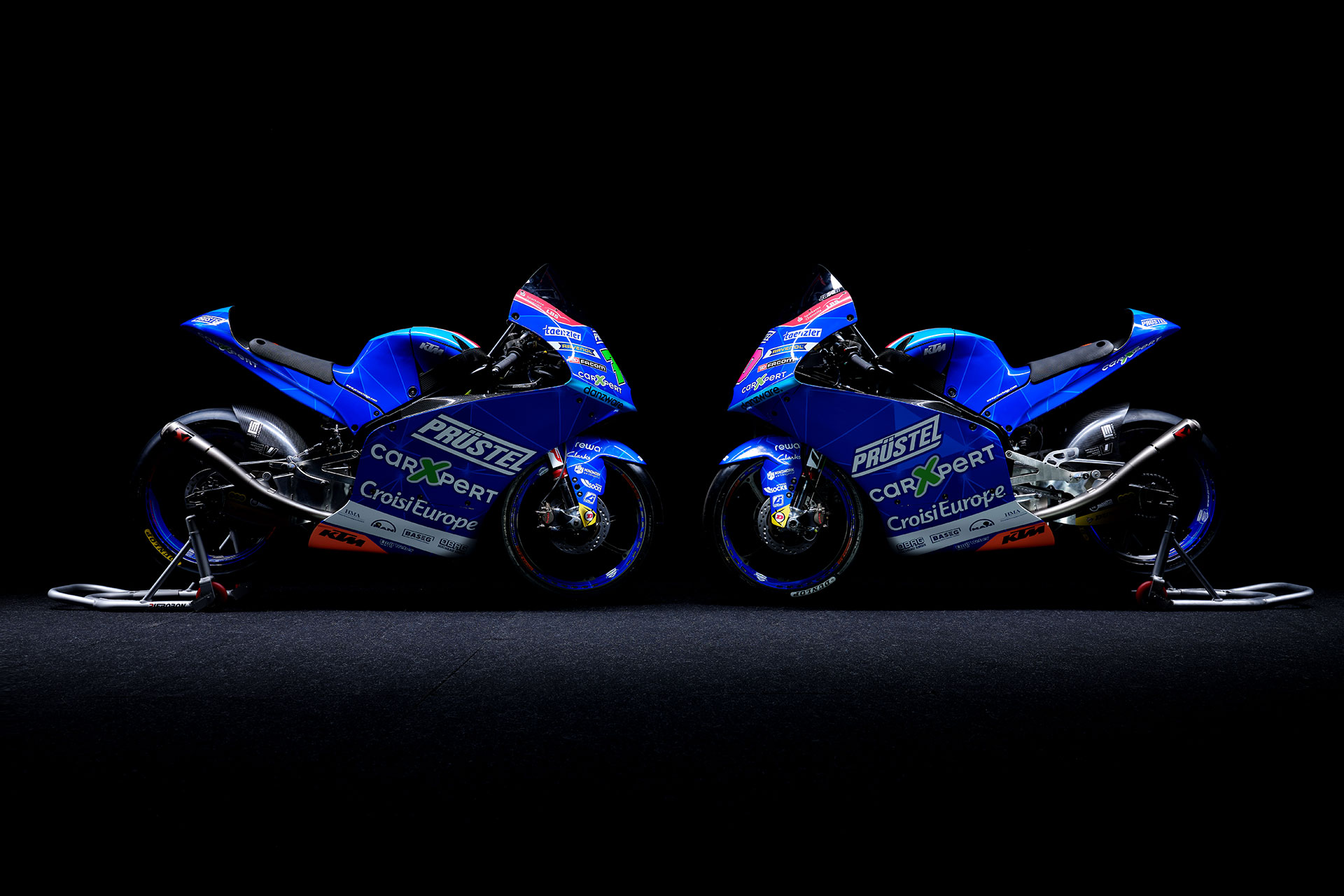 In 2020 the newly formed Sachsenring-based team is not only looking forward to a German-Swiss duo of riders, but also to the new cooperation with the Swiss garage service carXpert.

On the evening of 7th February 2020, the sponsors and partners of the carXpert PrüstelGP team were extremely excited to discover the new 2020 KTM bike design. And they didn´t get disappointed.

The Moto3 line-up of the team in 2020 is unusually formed by three riders: Barry Baltus (#70, Belgium), Jason Dupasquier (#50, Switzerland) and Dirk Geiger (#60, Germany). Since Barry Baltus, at 15 years of age, is currently too young to compete in the World Championship and unluckily just missed the direct participation due to the Dorna exception for winners of the Moto3 Junior World Championship, the German young talent Dirk Geiger will compete in the first 5 races alongside the Swiss regular rider Jason Dupasquier. The current plan is that fast Belgian Barry Baltus will initially compete in the Moto3 Junior World Championship for the first round and then swap with Dirk Geiger starting from the 5th Grand Prix in LeMans. The chance to let Dirk Geiger ride in the World Championship comes from the programme of the PrüstelGP Academy in cooperation with Peter Bales (PB Motorsport Events), Dirk Geiger’s closest supporter and promoter, who, with his dedication and commitment, has already opened the doors to the Moto2 team Kiefer Racing for German Lukas Tulovic in the 2019 season.

Another highlight was the unveiling of the new NTC bike, also a 250cc machine from KTM. The newly developed bikes will be for the two Saxons #9 Freddie Heinrich and #20 Dustin Schneider. In addition, the Saxon racing team PrüstelGP announced the expansion of the cooperation with the AMC-Sachsenring and the ADAC Saxony. The young talents of the pocket and minibike series around the Sachsenring can now look forward to a special bike design from the PrüstelGP Academy.

Yesterday, Saturday 9th of February, the team welcomed its fans and supporters at a public team presentation. It was the first time such an event was held in this way and it was a complete success. In a incredibly sunny day, hundreds of people went to the Sachsenring to welcome the 2020 season together with Florian Prüstel and the team.

Impressed by the great interest of the local fans, the carXpert PrüstelGP starts in the next few days for the first seasonal tests in Jerez de la Frontera (Spain), which is almost 3,000 km away. At the end of February the tests will continue in Qatar, before the first race of the season on 8 March 2020.