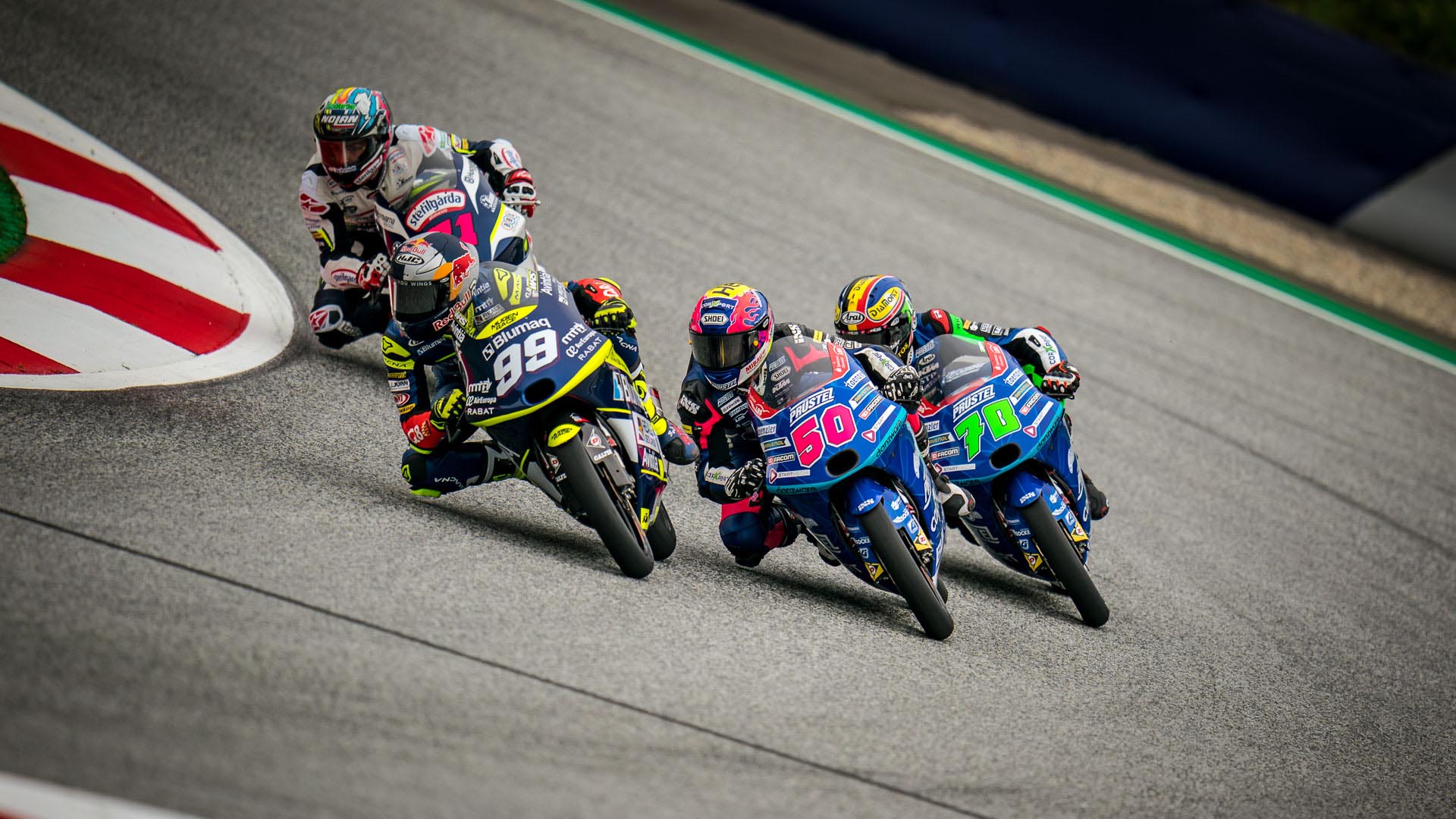 Carxpert PrüstelGP went back on track on Friday 21st of August for the second Austrian round at the Red Bull Ring. The BMW M Grand Prix of Styria gave to the Saxon team another chance of chasing their first seasonal points in Moto3 World Championship.

After a three day break in the green heart of Austria, Barry Baltus and Jason Dupasquier had a promising start in FP1. They were both immediately faster than their best laptime of the previous weekend. Also in the afternoon session they proved to be able to keep the same pace showed in FP1.

Saturday has been proved to be a traditionally challenging day for PrürstelGP. After a not so brilliant FP3 in the morning, a very unlucky Q1 didn´t allow our riders to concretize the great job made by the team in the previous days. Jason Dupasquier was forced to start from the 25th place of the grid, while Barry Baltus couldn´t find any flying lap due to some technical problem to his bike and had to start from the back of the grid.

A not very brilliant warm up gave to our riders even more motivation for the race. Barry Baltus recovered already 8 positions in the first lap, and found himself in the second group fighting the whole time with his rivals for the top of his group. Jason Dupasquier, after a difficult start, recovered many positions in the second part of the race, marking his best lap time and being able to reach the group in front of him, his teammate included.

Next stop is now the GP of San Marino e della Riviera di Rimini in Misano, the first of two rounds on the Italian track, scheduled for Sunday 13th September. Now Moto3 World Championship has a two-week break, but new challenges awaits PrüstelGP Academy!  The first NTC Test days are planned from 28th to 30th August in Oschersleben and Dirk Geiger will be back on track in Jerez (Spain) for the third round of Moto3 FIM CEV next weekend.

It was a difficult weekend. On Friday we did a great performance, I was 15th in FP1 and FP2 was a bit more difficult. We didn´t improve in FP3 and then I had a technical problem in Q1 which forced me to start from the back of the grid. I found a good feeling on Sunday in the warm-up, even if I didn´t improve my best laptime. In the race, I did a very good start without any pression since I started from the last position. My two first laps were really good, fighting in the second group. In the last five laps I was a bit tired, so I need to improve my physical condition. I am happy about the pace as it was a 37 low for the whole race. Now I will work hard to prepare Misano in the best way.

In the second weekend in Austria I had a much better feeling than in the first weekend. We started well on Friday and we kept improving for the whole weekend. I feel I have improved also mentally especially on the strategy side, I improved my position in the qualifying, not the goal but it´s still better than the last time. I still need to improve a lot but step by step we are getting closer to our target. I did a good start but I lost some position in the first corner. Then I wanted to recover as many positions as possible, I had a really good pace and felt comfortable on the bike. I am happy of the work done by the team cause it allowed me to reach a very good feeling. I fought for the whole race. I am satisfied for the result but I know we can improve further. I want to thank everybody. I am sure we can do better in Misano in two weeks!

We are getting closer to the first World Cup points. Today we were only 2,7sec behind on 15th place and we could also reduce the gap to the winner significantly. The race pace was good and both rode their personal fastest lap of the weekend in the race. I am proud of Jason and Barry. They work hard and you can see a steady learning curve. We are happy with 18th and 19th place, especially after the problem in qualifying yesterday. This is the point where we need to improve in the future. I’m sure we can get the points if we start the race from a better grid position. I want to thank my whole team. Especially yesterday after the QP we felt a strong cohesion and pushed each other for the race today. Of course, at this point I would also like to thank our sponsors, partners and friends who support us from home. We will bring home the first points soon.