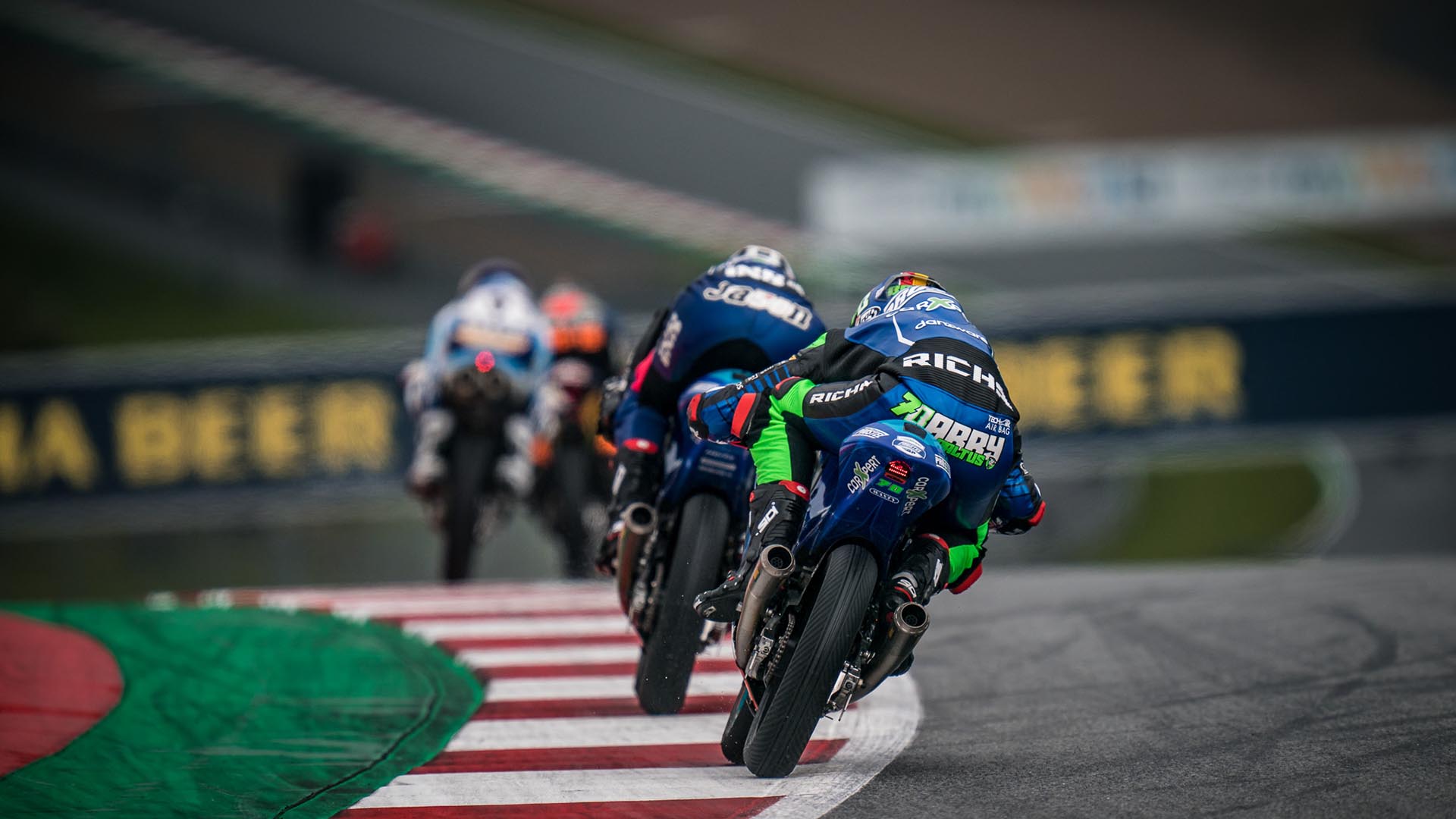 Carxpert PrüstelGP concludes the first of two weekends scheduled at the Red Bull Ring in Spielberg (Austria). The weather was definitely one of the main actors of this weekend, as different conditions alternate during free practice and qualifying.

Jason Dupasquier and Barry Baltus got back on track on Friday morning, only a few days after the race in Brno. The goal of both riders for this weekend was to take a step forward. And for this, it was essential to work hard starting from the first session of the weekend. The first FP session took place on dry track. Different situation for the  FP2 on Friday afternoon: the session started on a full dry track, but ended with some part of the racetrack in wet.

Saturday morning´s session gave the riders the first chance to prove themselves with the 2020 Moto3 bike and a completely wet race track. Both riders showed immediately an impressive feeling and a great pace, keeping up with the top 15 for most session.

Unfortunately the track dried and QP took place on a completely dry track. Barry Baltus was able to reach his best lap time of the weekend in Q1, riding in 37´5 and missing the access to Q2 once again for only a few tenths. A unluckier Jason Dupasquier saw his best lap time in 37´ cancelled for exceeding track limits and couldn´t improve further.

Despite a sky full of grey clouds, the warm up on Sunday morning was on full dry track. Due to small problems none of the riders could improve their best lap time from qualifying. Jason Dupasquier struggled to find the feeling with his bike and finished 28th. Barry Baltus ended his race on lap 6 due to a crash, but his good lap times showed a strong performance which is promising for the next race.

Just a few days of break and Carxpert PrüstelGP is back at Red Bull Ring for the Styria GP.

First weekend in Spielberg it´s over. I started well in FP1 but then I had a small crashed which caused pain in the neck and arm for the whole weekend. FP2 was difficult because it was interrupted by rain. FP3 was full wet, I had a very good feeling with the bike and I was able to improve a lot. Q1 was quite difficult, also because my best lap was cancelled. In the race, I didn´t do one of my best start so I had to recover as many positions as possible. I tried to stay with the group in front of me, but the gap was already too much. I was then in another group, trying to fight, but in the last lap they all passed me. The positive side is that I have another chance next week and I already know how to improve. Can´t wait for the next one!

It was not an easy weekend but it had anyway some positive aspects. I could do only 6 laps in the race but I am very happy of my performance because I improved my best lap time of the weekend. At the first lap I was 20th  thanks to a very good lap in 37.2. I was 0,4 faster than in qualifying. The goal is to be even more focused for next weekend. I want to thank the team for the incredible work! I feel that we are improving a lot, race by race.

There’s nothing nice to be said about this weekend. We had problems and a crash in the race. But these are things we will learn from and we can do better next weekend. Barry was very fast on the first few laps today. He was able to ride with the riders in the lead group and it would certainly have been possible to get a good position. The crash in turn 3 was a mistake. But we have already analysed what happened to learn from it. Jason had technical problems on his bike in the warm up and we had to install a new engine before the race. Our team worked very well together to get this done in such a short time. Unfortunately he had a very bad start and had to fight his way back from last place. We have a second chance next weekend and we will do better.