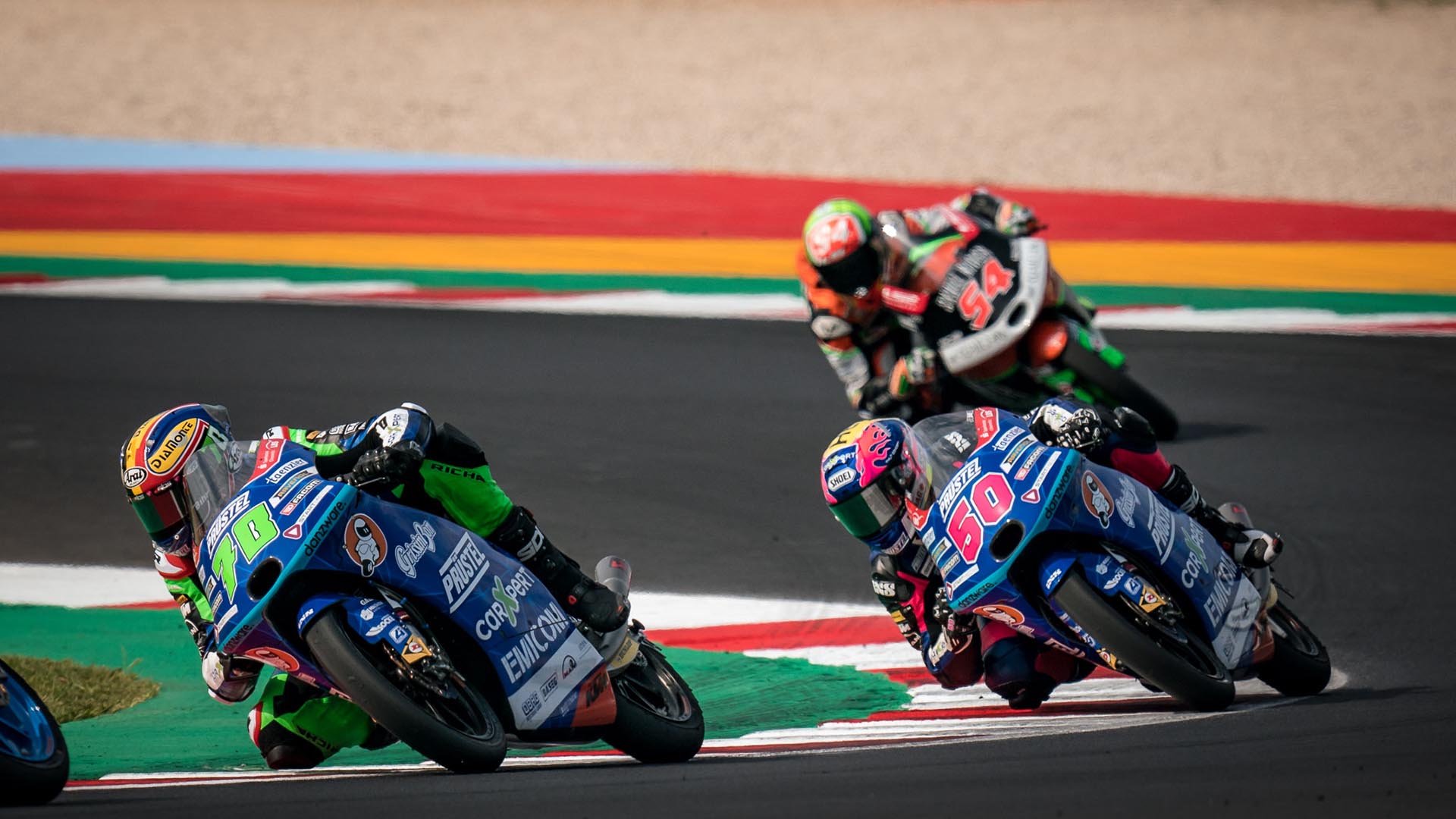 After the good performance of last Sunday race, Barry Baltus and Jason Dupasquier clearly proved  to have the speed to be in the top-15. To reach the points, a good place on the starting grid is the key to make the job easier.

As usual the team started to work hard already on Friday, with the goal of collecting data in  view of race and before qualifying practice. With the points as main goal, the riders focused on improving the feeling the bike with both used and new tyres.

Jason Dupasquier did a constant improvement in terms of lap time in all three free practice sessions, but unfortunately he struggled a bit  during Q1 and  was forced to start from the 30th  place of the starting grid. Barry Baltus instead started his Saturday morning with a direct access into Q2 thanks to the 12th  best time in the combined timesheet. At his debut in the second qualifying, he classified 17th for the starting grid of the race.

Now Carxpert PrüstelGP team flies directly to Barcelona for the Gran Premi Monster Energy de Catalunya. The bikes will be back on track on Friday 25th for the first free practice, while the race is scheduled on Sunday 27th at 11. In the same days in Germany, our Junior Team will be in Hockenheim for the third event of NTC. A double race weekend is approaching!

It was not my best race. But we clearly make a step forward this weekend, reaching the Q2. But unfortunately we couldn´t repeat the same performance in the race. I need to stay focused because Barcelona is already next week. It won´t be easy. But I need to prove what I am capable of. I still need to improve but we are on a good way. I want to thanks my team for the amazing job!! I am sorry about the race and I know we can do much better!

The beginning of this second race weekend was good. I improved my laptime in every session, but we struggled a lot in qualifying. I started in 29th place and I knew I needed to recover many positions. I did a good start, but then lap after lap I couldn´t show my real potential. I did my best but I still to learn a lot especially in fighting against other riders, in order to catch the group. We are improving step by step, and I know results and the points will come very soon. Now two days off and we are back on track for Barcelona GP.

It was a difficult race for both riders . Unfortunately our expectations were not fulfilled after Barry’s direct entry into Q2 and we still haven’t scored any championship points. Today we were missing about one second per lap from the leader in the race. We have to face this fact. We will certainly not let our heads hang down, but concentrate on what we have learned here. There are still 7 races to go this season. This is what we are looking at and we want to show that we can be fast.