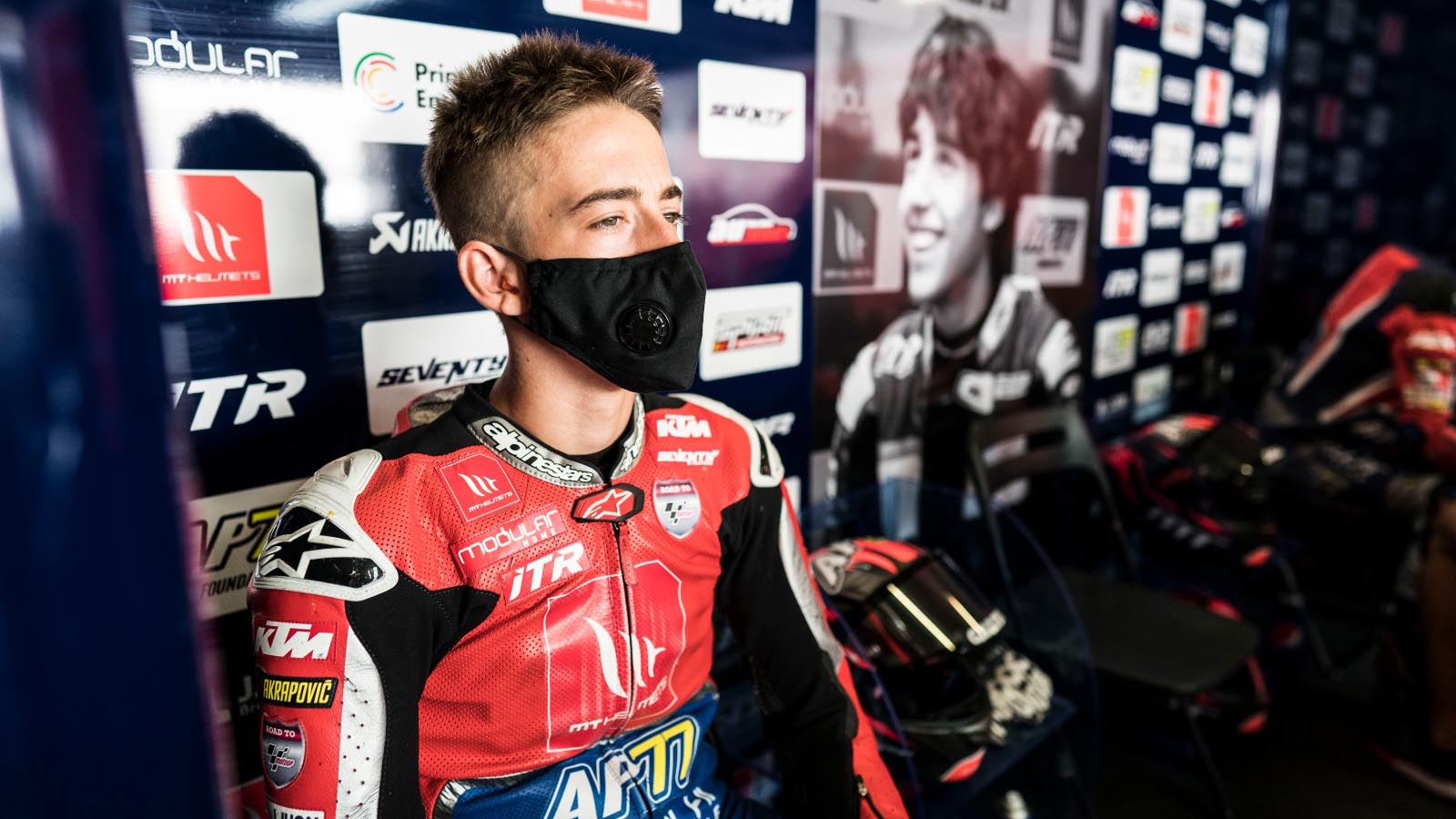 Pedro Acosta to join PrüstelGP in 2021

The team from Sachsenring has chosen the young Pedro Acosta as its rider for the 2021 season. In particular PrüstelGP and Fundacion 77 Andreas Perez will join forces for a new German- Spanish cooperation. The foundation in memory of the young Spanish rider Andreas Perez, will be a new partner of PrüstelGP for 2021.

Pedro Acosta was born in 2004 in Murcia, Spain. After finishing second his first year in Red Bull Rookies Cup, he´s currently the leader of the championship, thanks to his four victories out of four races. The sixteen-year-old talent is also one of the main protagonist in Moto3 FIM CEV: currently 2nd in the championship, he has been a contestant for the victory in all rounds.

The teammate of Pedro Acosta will be the Swiss Jason Dupasquier, who will stay another year with PrüstelGP. PrüstelGP and the management of Barry Baltus decided to take separated paths at the end of 2020.

With more than half of the season left, Jason Dupasquier and Barry Baltus are ready to fight in all the next rounds, with the goal of getting their first points in World Championship. And, with an eye on 2021, PrüstelGP fully supports Pedro Acosta in RB Rookies Cup and FIM CEV.

I am very happy to make my debut in the World Championship with PrüstelGP in 2021. I know it´s a good team and I am sure that we can work very well together. I want to thank Florian, Jordi and all everyone who made it possible. But now I will be fully focused on the races left for this season, in order to get ready for this new adventure!

We have chosen Pedro Acosta as a new PrüstelGP rider for 2021. He´s currently doing very well in the Rookies Cup, has won all four races in Austria and is also very strong in Moto3 FIM CEV. We hope that, now he knows he has a place in the World Championship for next year, he can focus on the two championships and that he can finish as winner. That would of course be very great for us!  My father and I have been watching him for a long time. Last year he was already a candidate for our team but there was the problem of his age. I think he is a very interesting rider for Moto3 and he can do well with us in the next two years. The German speaking Jason Dupasquier will stay with us in 2021 and will have Pedro as a teammate. Unfortunately we have decided to part ways with Barry Baltus. Of course we wish him the best for his future. We will also start a collaboration with the Fundacion Andreas Perez 77, which is very important for us. We have joined forces for this German-Spanish cooperation: the goal is to go the way together and the operational side will be much in Spain. It is a good chance for our riders to train together in Spain and to improve together. I am very pleased that we have found a common path with Albert Valera, Jordi Gatell and Pedro Acosta and his family. This project looks very interesting and I am sure we will work very well together!