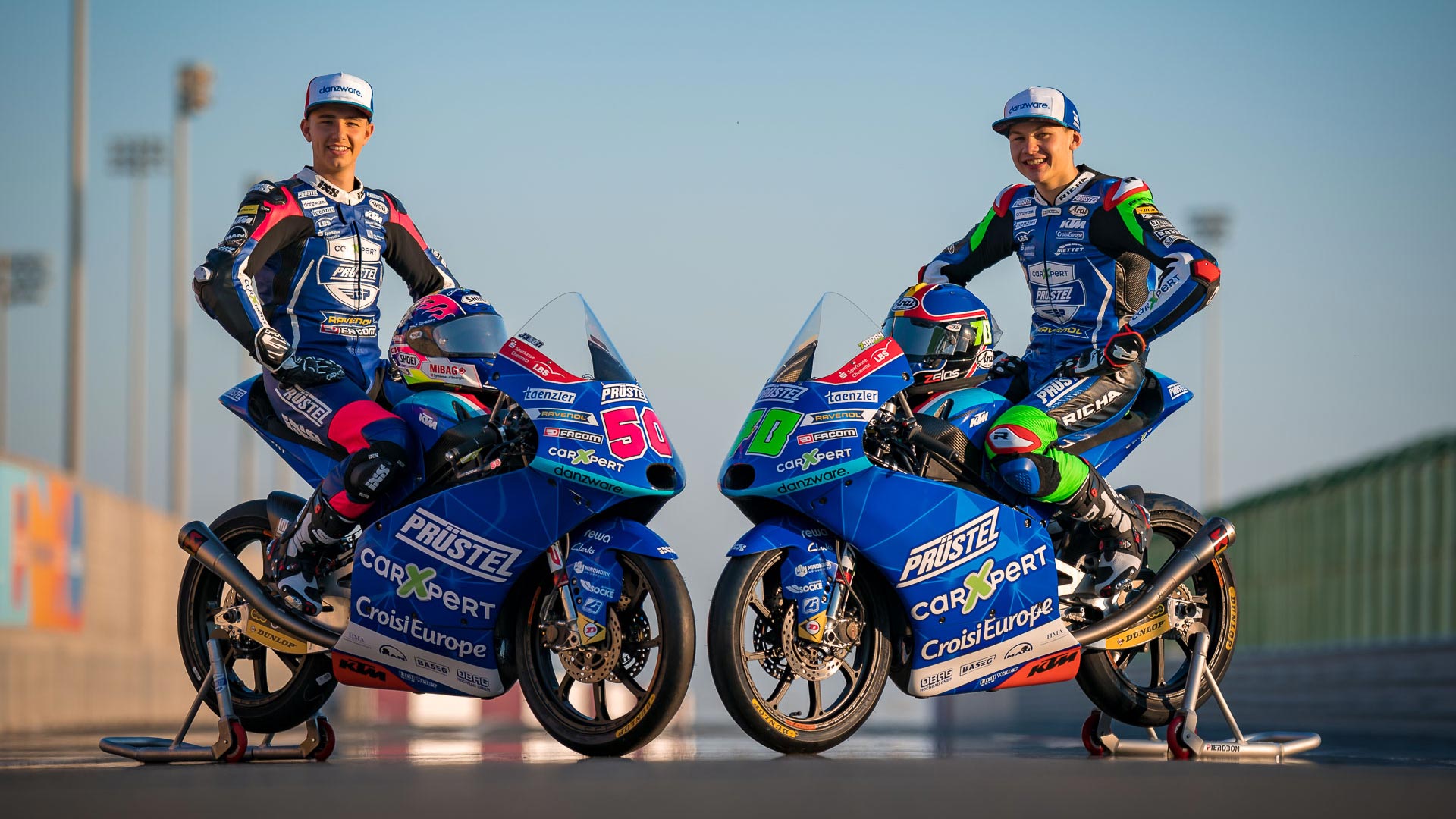 PrüstelGP is ready to go back racing

The new official calendar has been released and we are happy to announce that on Sunday 19th, we will be back on track for the second 2020 Moto3 World Championship round that will take place, behind closed door, in Jerez de La Frontera (Spain).

After being forced to a four-month stop immediately after the Qatar GP, due to the COVID-19 outbreak all over the world, PrüstelGP will finally get back racing. The circuit of Jerez will be the scenario of two races in a row, which will take place on 19th and 26th July. But before the team will be back for a one-day test on Wednesday 15th July always on the Andalusian track.

The next rounds of 2020 will be Brno (Czech Republic) just before another double race in Spielberg (Austria). In September there will be the back-to-back round in Misano, before going back to Spain for a race in Montmeló. The French GP is scheduled for the beginning of October, just before heading back to Spain for a double round in Motorland Aragon, and Valencia in November. At the moment all the races scheduled will take place behind closed door.

At the moment no extra-European round has been confirmed, but Dorna is constantly working hard to increase the number of races that will take place in 2020. Further update on this subject will be given at the end of July.

This is a great news especially for PrüstelGP riders, that during the lockdown started, have continued to work hard to be ready for this moment. Jason´s goal is of course to keep improving after his good start of the season in Qatar, while Barry is ready and excited for his real debut, after taking part in the #VirtualBritishGP.

The whole team is looking forward to start racing again, but for sure the presence of sponsors, guests and fans at the racetrack will be missed a lot.

We take advantage of this release to thank Dirk Geiger, who raced with us in Qatar as Barry´s replacement. His adventure in World Championship ends for now, but he will continue riding for PrüstelGP Cuna de Campeones in Moto3 FIM CEV. The first appointments will be in the month of July on 6th at Estoril and on 13th at Portimao.

** Events and dates to be confirmed before the 31st of July.