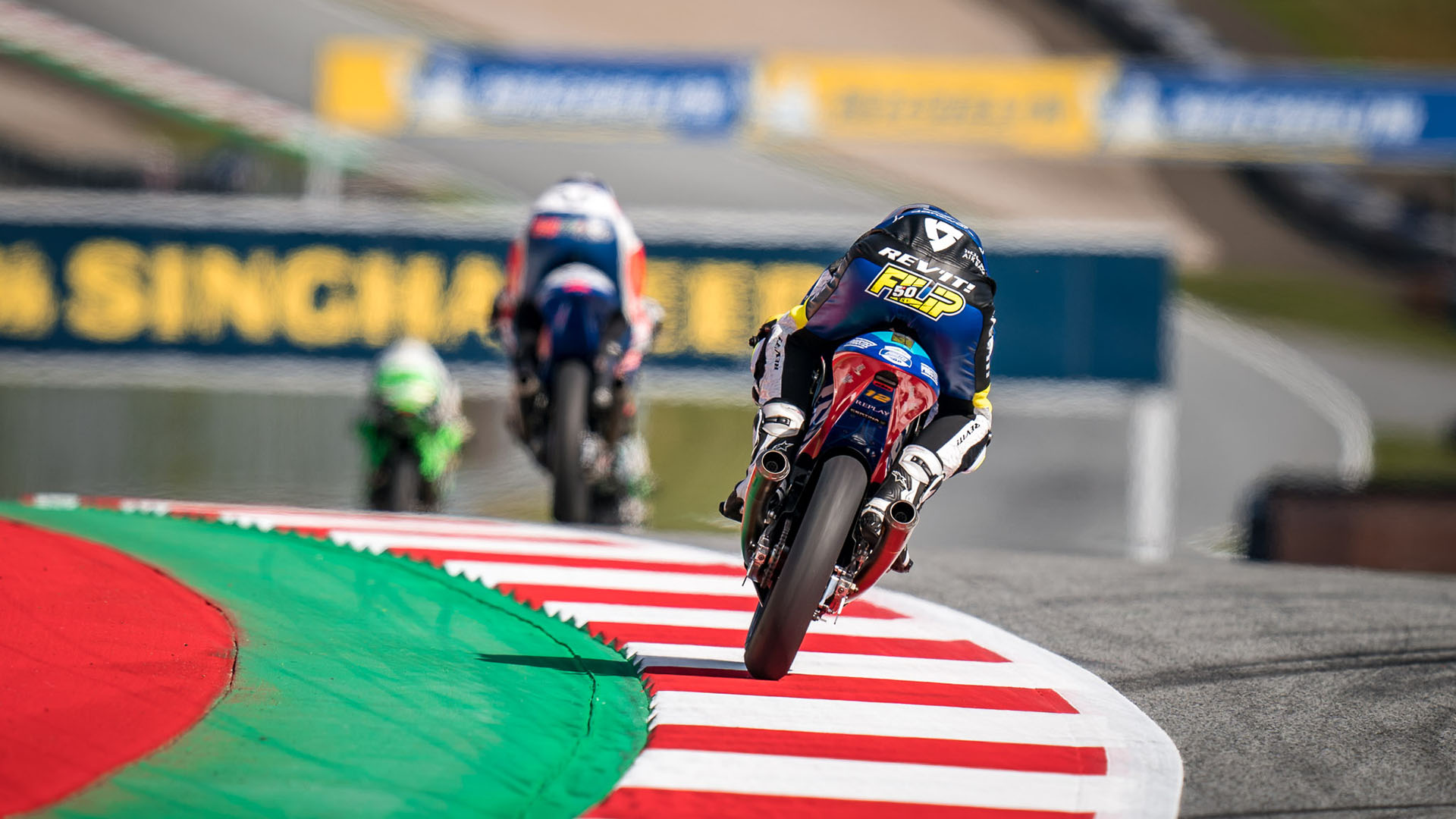 PrüstelGP-Team focuses on the race day

The second day at the StyrianGP appeared weather-wise from the sunny side. However, Ryusei Yamanaka and Filip Salac had to fight with several challenges and are now focusing on tomorrow’s race.

After Filip Salac (18th | 1’35.987) showed a strong performance this morning in the third free practice session of the Styrian GP, the Czech struggled in Q2 in the afternoon. A mistake in tire selection troubled the first laps of qualifying, while the last laps were cancelled because of exceeding track limits. Nevertheless, Salac and his crew are confident for tomorrow’s race, knowing that he set consistently good lap times in the practice sessions before.

On the other side of the box, Ryusei Yamanaka (21st | 1’36.872) is preparing to make up ground in tomorrow’s race: the Japanese rider was struggling with missing power on his bike yesterday, Friday, as well as in today’s FP3. In the meantime, the crew around Yamanaka was able to solve the problem, which means he is ready for the race on Sunday. However, the start from the seventh row on the grid will be a challenge for Yamanaka.

«I had a good start into this Saturday, classifying third in FP3, which meant I made it straight into Q2. In the qualifying, unfortunately, we first had problems with the tires and then my laps were cancelled because I took a line that was too wide. It’s a shame, because we worked really well in the practice sessions. Now we have to roll up the field from 18th place. Anyway, I’m going into tomorrow’s race with a lot of confidence and I’m sure I’ll be able to make up a number of places.»

«In the free practices, I had the feeling that I could not use the power of the bike 100%. We have now tested new settings in today’s practice and were able to solve the problem – but I will still have to start the race tomorrow from 21st place, as I did not make the step into Q2. The strategy for tomorrow is clear: I will try to quickly break away from the midfield and the big group and fight my way to the front.»