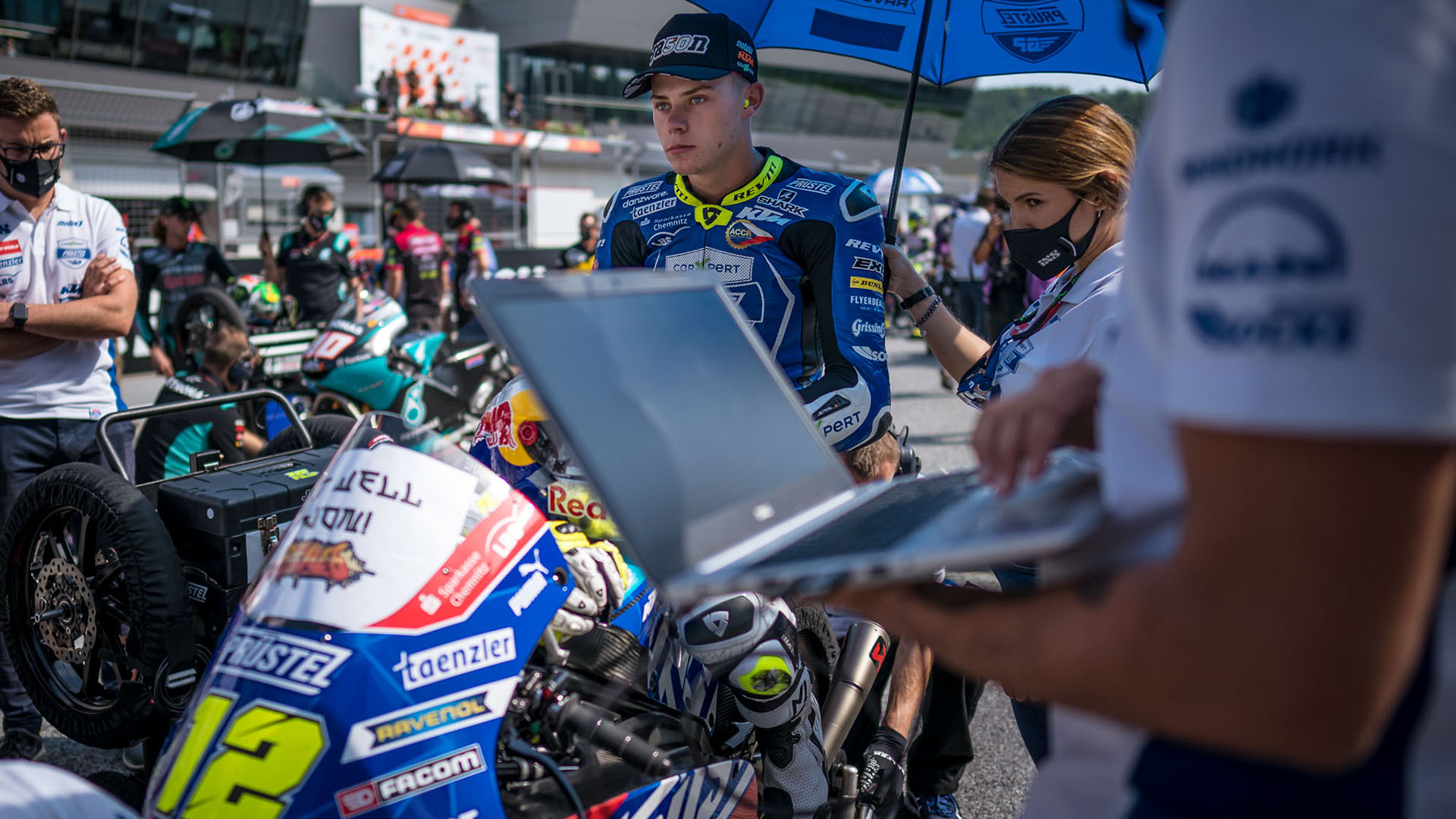 PrüstelGP with strong catch-up at the AustrianGP again, despite only half the line-up

Filip Salac shows a strong performance in the first laps of the race and finishes twelfth in the Austrian Grand Prix. Ryusei Yamanaka was declared unfit for the race.

Under the Austrian sun, the PrüstelGP team with Filip Salac started the race at the Red Bull Ring this morning from 16th position. While Ryusei Yamanaka had to watch the race from the box due to his injured humerus, Salac showed a strong performance right after the start. On the third lap, the Czech rider even set the benchmark of the Moto3 class with the so far fastest race lap. After that, however, he was unable to improve his lap times anymore and dropped back to 12th place, which he was able to maintain until the end of the race.

Even though Ryusei Yamanaka was unable to take part in the race, the team is satisfied with the knowledge gained throughout the weekend. This provides the basis to continue at the Silverstone Grand Prix in two weeks’ time.

“Sunday was positive for us – I was able to confirm my feeling for the bike in the warm-up and started the race accordingly well. Right at the start I was able to make up a few places and even set the fastest lap. After that, however, I was involved in some battles and lost the connection to the front group – so I didn’t manage to improve anymore. Nevertheless, I am satisfied with the performance and the 12th place – this was my first really dry race on the new bike. The teamwork also worked really well. I’m looking forward to next weekend at Silverstone and I’m sure we’ll be able to build on the preparatory work of the first two weekends together.”

“The time in Austria was interesting in many respects. Unfortunately, we had to end the second weekend with Ryusei already on Saturday, but until then we were able to collect valuable data that will also help us next weekend in England to develop the bike in the right direction. With Filip, of course, we continued to work. While qualifying was rather difficult in terms of lap times, in the race we performed all the better and even managed to set the fastest lap at some points. After that, however, the gap to the front group became too big and we finished the race in a good 12th place. Of course, Yamanaka’s performance in the race would have been interesting, as he had a really strong race here at the Red Bull Ring last week. We hope he will be fit again for the race in two weeks and wish him a good recovery. Thanks to all the fans and to our partners who supported us here in Spielberg or from home.”