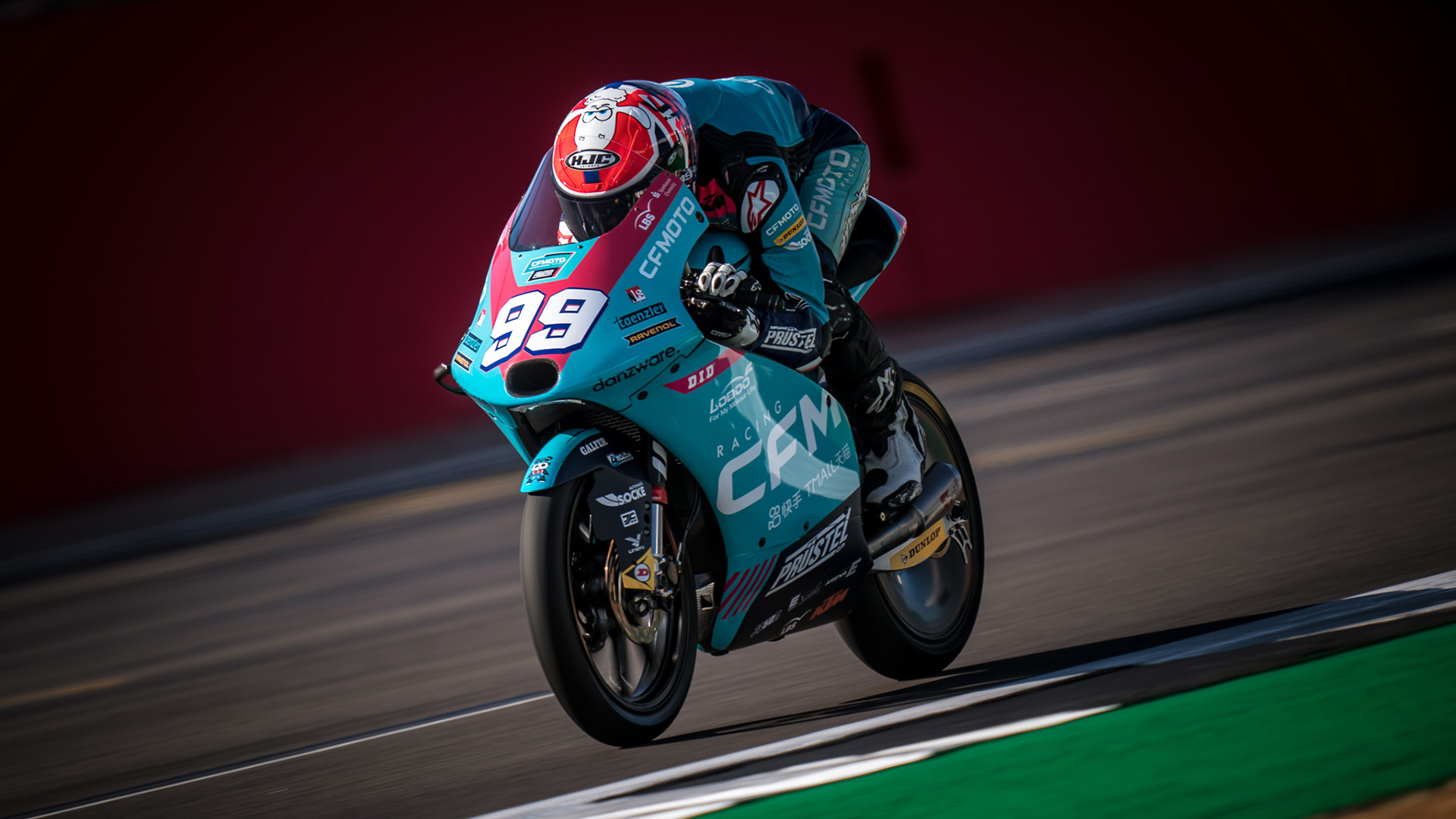 For the 12th round of MotoGP™ the British Grand Prix welcomed its guests and participants with consistently dry conditions and sunshine.

CFMOTO Racing PruestelGP rolled out the CFMOTO Moto3™ machinery and both Carlos Tatay and Xavi Artigas began to find the best lines and search for the optimum ‘tows’ during Free Practice and Qualification. By the end of Saturday’s activities in England it was Artigas who was most advanced on the Moto3™ start grid, nestled on the fifth row, as Tatay was hindered by a technical problem and filled 22nd spot.

Moto3™ thundered into life for 17 laps Sunday morning. Only three seconds covered most of the field; from the frantic battle for the lead down to Tatay who was tussling in the thrust of the second group. Artigas was further forward and spent the middle part of the race closing the small space down to the large train disputing the top ten. Many riders seemed to share the same track space and overtaking took place on every corner, every lap. The last circulations saw several crashes increase the drama but Tatay had already made considerable ground and sliced past his teammate to steal 10th just three hundredths of a second between them and a total of 11 points secured.

CFMOTO are 5th in the Constructors standings and 6th in the Teams listing while Tatay and Artigas are 9th and 10th in the Rider’s table.

The CFMOTO Racing PruestelGP team head closer to their German home base for round thirteen. The CryptoDATA Motorrad Grand Prix von Österreich takes MotoGP to the spectacular setting of Red Bull Ring in Austria where yet more high speed and daring will ensue.

“A complicated weekend and what happened to us on Saturday meant we had a tricky race. I think we’d made a mistake with our tyre choice by going for the hard option because it really counted against me with acceleration and rear grip but, well, lesson learned. It was a good recovery but we want much better than 10th position and at least we got something from today. We’ll work hard for the next grand prix and aim for much better.”

“In the end we were able to get among the leaders. It took me a while to come back from the start but we got some positions until the last laps when I had contact with another rider and ran off line. I cost me a bit…but I could bring the bike home. Another race to learn from and take more knowledge into the next one.”