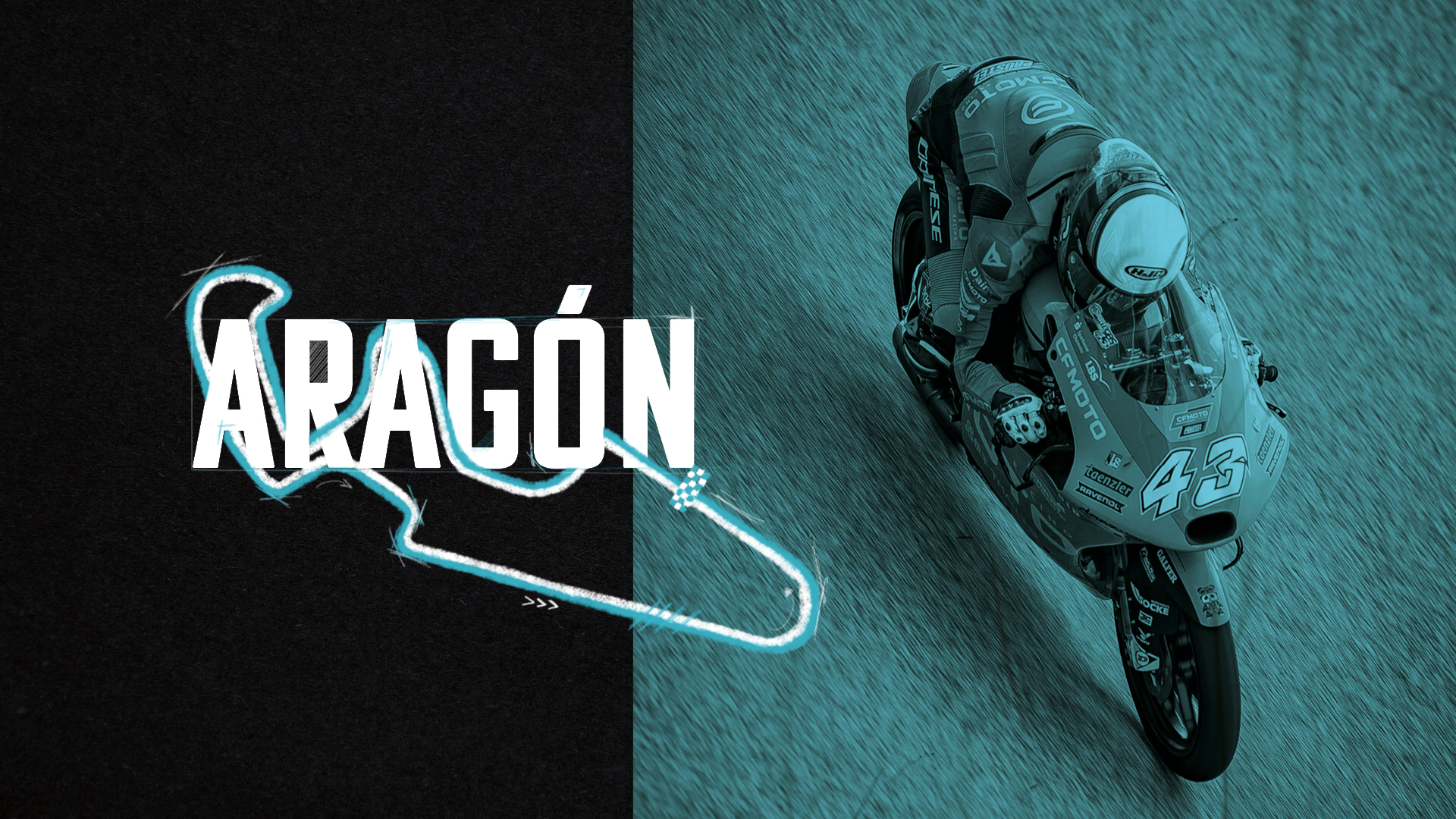 The last race before entering Asia: CFMOTO pilots want to give their all again in their home country

Motorland – in this case we can really say: the name says it all. The history of the city of Alcañiz as a venue for motorsport events goes back more than 50 years.But nowadays the ultra-modern, spacious facility has little to do with the narrow road circuit of the 1960s. At just over 5 km, the 17 challenging turns are waiting to shake under the tires of our CFMOTO riders, among others, at the Gran Premio Animoca Brands de Aragón this weekend.

Built in 2009, the track has been officially part of the MotoGP™ calendar since the following year. It came about in a roundabout way: originally intended “only” as a replacement for the Balaton Ring, which was never completed, the track established itself on the calendar and in the hearts of fans and riders, and now represents the fourth race location on Spanish soil alongside Valencia, Jerez and Barcelona.

Sectors 1 and 2 in particular are characterized by varied combinations of corners, while pure power is what counts in Sector 3, which also includes the longest straight (968m). After the mixed results of San Marino and the numerous news of the week, the team has collected itself and is now putting full focus on the challenge ahead in Aragon, located in the northeast of Spain. For the two compatriots #43 Xavier Artigas and #99 Carlos Tatay, it will be the last race on European soil before the Motorcycle World Championship heads east for four races in Asia and Australia before the season finale in Valencia.

After the new rider pairing for the upcoming 2023 season was officially presented this week, Team CFMOTO Racing PruestelGP around Manager Florian Prüstel and Sport Director Tom Lüthi announces another new addition: with Stefan Kirsch, a familiar face returns to the team. He was already a key position in Team PruestelGP from 2019 to 2021 as Technical Director. In addition, he acted as crew chief of #12 Filip Salac and #50 Jason Dupasquier. After Jason’s tragic accident, some distance from motorsport was needed for the time being, but confidence in his abilities was always there. So the team is happy to be able to work with Stefan for the remaining 6 races of the current season as well as in 2023. He will move to the side of Xavier Artigas and try to untie the sporting knot.

“A Spanish Grand Prix lies ahead of me and my bike – before such race weekends I am of course always a little more excited. The team and I, we have the goals in mind and know what to do. Aragon is one of my favorite tracks and I was already able to achieve good results here last year. I’m just looking forward to competing here again.”

“Racing as a compatriot in your own country is special, so I’m looking forward to working hard for the upcoming weekend and getting allws out together with the team.”

“There’s been a lot happening with us in the team this week. We have announced our rider pairing, which we are very happy about. Next we will focus on working on Xavi’s performance to get back the results we have been missing in the last few races. With Stefan we have a familiar person back in the team, which is great. In the past we have worked very closely together in difficult periods and now he will finish the season with Xavi and they can prepare together for 2023.”