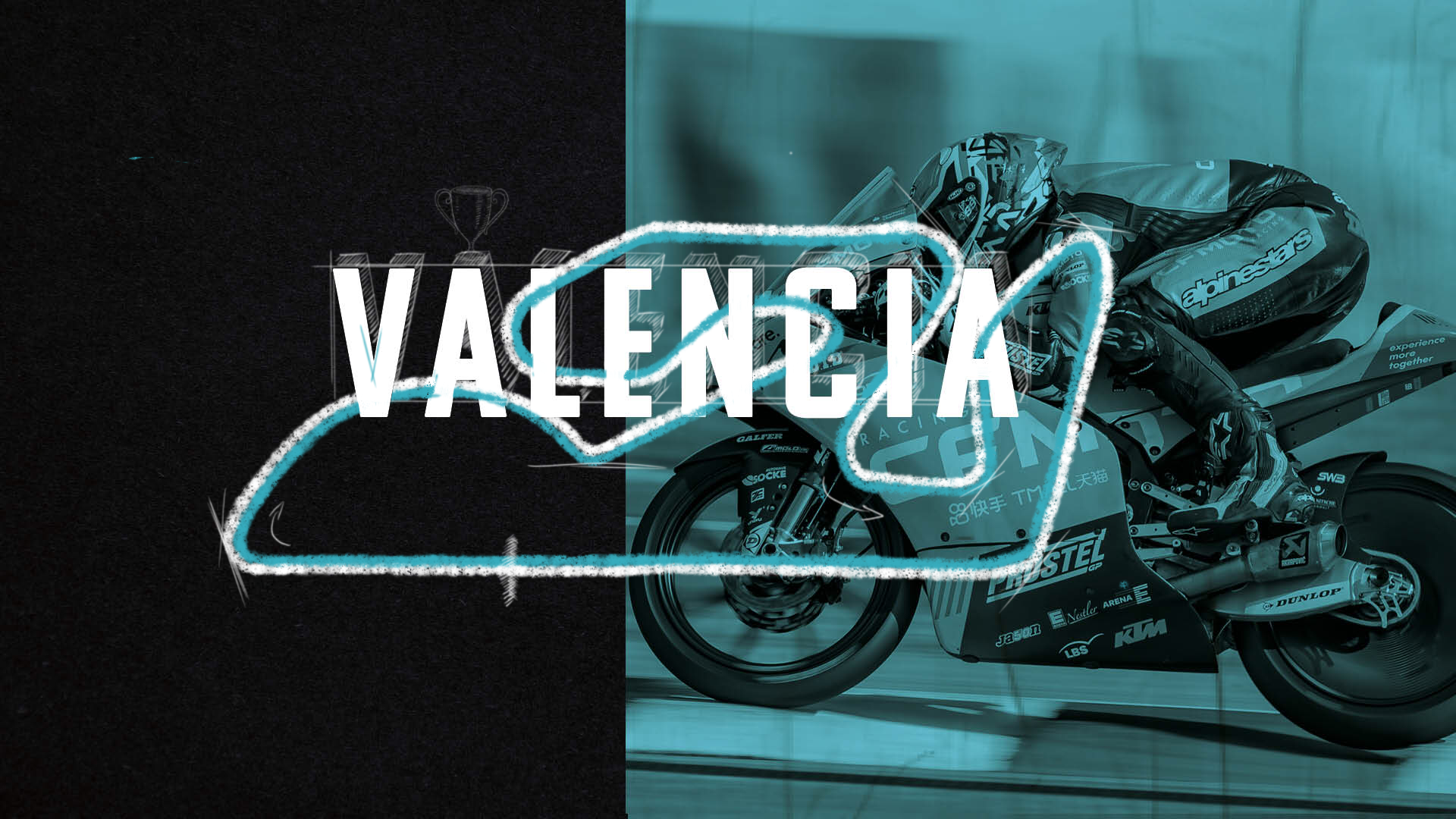 Valencia is calling: Up for the ultimate race in the 2022 season

19 races, almost 2,000 kilometers of track and even more kilometers of travel lie behind the teams of the three motorcycle racing classes. We look back to exciting overtaking maneuvers, nerve-racking chases to catch up, and sometimes exotic racing venues. But until a final line can be drawn under the 2022 season, it’s time for one last time: ready, set, go and give it everything for the two CFMOTO pilots.

A fixture on the racing calendar for more than two decades, it has become a tradition to celebrate the Grande Final of the Motorcycle World Championship at the Circuit Ricardo Tormo. And even if this year so far all the placings for the Moto3™ are fixed, the two pilots #43 Xavier Artigas and #99 Carlos Tatay will give everything to achieve a fitting conclusion for the team of CFMOTO Racing PruestelGP.

Named after two-time 50cc World Champion Ricardo Tormo, the circuit opened in 1999. With room for 60,000 fans and a spectator-friendly layout, the circuit is very popular among motor sport enthusiasts – for example, all seats in the spectator area offer an almost unobstructed view of every point on the circuit. Just over 4 km long, Valencia is the second shortest circuit in the WRC. Nevertheless, it boasts an 876-meter straight, and on the remaining almost three kilometers a total of 14 curves – 9 left-hand and 5 right-hand curves – nestle close together and thus represent hard work for the rider. In view of the approaching end of the season, we’re looking ahead to the racing spectacle in Valencia with one eye smiling and one eye crying, especially since, according to statistics, the Circuit Ricardo Tormo loves countrymen – good conditions for our Spanish-Spanish rider pairing.

“I’m excited in the best sense of the word to be back in Spain and competing in the last race of the season in Valencia. Ricardo Tormo is a track with which I have good memories. I want to give my 100% this weekend to finish the finale in the best way for my team and myself, and maybe make up some positions.”

“The final is coming up – I’m looking forward to being able to compete in my home country for the final race and, of course, to being close to my friends and family again. At the top of the list, apart from the best possible placing, is definitely to enjoy the last race of 2022 as much as possible.”